VITAMIN B12 IN VEGETARIANS: TRUTH AND MISCONCEPTIONS
Vegetarian, including vegan, diets are adopted by increasing number of individuals. Vegetarians, including vegans, have a lower risk of several chronic health conditions, including heart disease, type 2 diabetes, and some cancers. Benefits of adopting meatless diets go beyond personal health. However, nutrient deficiencies among vegetarians have been widely documented in many studies. Vitamin B12 deficiency is the biggest concern because 1) this vitamin is not found in commonly consumed foods of plant origin, except foods that have been fortified, and 2) vitamin B12 deficiency among vegetarians, especially vegans, are widespread, often exceeding 50% of the studied samples. Symptoms of vitamin B12 deficiency have been widely described. They include neurological, psychological, dermatological, psychiatric, developmental, oral, and hematologic abnormalities. Symptoms may be mild (e.g. fatigue, irritability, inability to concentrate, feeling pins in legs,) or severe (e.g. paralysis, psychosis, developmental delays). Symptoms may be progressive and if untreated, some symptoms, especially neurological manifestations, may become irreversible. Of most concern are cases among infants and toddlers with profound neurological symptoms and developmental delays. However, health complications in adults, including, such conditions as stroke, depression, and cognitive decline and well-documented. Recent studies have demonstrated that the health effects of B-vitamins, including vitamin B12, are modulated by the status of omega-3 fatty acids. Unfortunately, studies have shown that the status of these fatty acids, except for the alpha-linolenic acid, among vegetarians is often inadequate.

In this lecture, specific recommendations will be suggested to improve both vitamin B12 and omega-3 fatty acids status. Inadequate status of these nutrients largely negates the benefits of vegetarian diets, while its improvement will likely further enhance them.
Upon successful completion of this two-hour course, the participant should be able to: 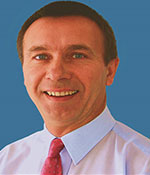 Other Webinars by this Presenter/Organization:

Nutrition In Aging: The Role of Vitamin D

Nutritional Considerations for Patients with Parkinson's Disease: Beyond Protein-Levodopa Interaction

Vitamin D And Calcium During Pregnancy

Carb Counting vs Plant-Based Diets: What to Recommend to Diabetic Patients

Nutritional Considerations For Pregnant And Lactating Vegan And Vegetarian Mothers

Vegans and Bone Fractures: The Vitamin B12 Connection

The Association Between B12 Status And Cancer

The Controversy Surrounding Calcium and Osteoporosis/Bone Fracture Prevention: The Research May Surprise You

Vitamin B12 Status, Metformin, And The Risk And Severity Of Diabetic Comorbidities

The Role of Nutrition in Alzheimer's Disease Prevention

Debunking The Myths Behind The Raw Food Diets

The Biggest Dietary Misconceptions Among Vegetarians

Clinical Insight Into Vitamin B12

How to Prevent and Treat Gout: Modern Approaches to an Ancient Disease

Losing the Battle of Weight Management: Implementing Pharmacotherapy With Your Patients

Visit our Salary Surveys section for results from 2023 and previous years.

Take a part in our anonymous
salary survey... Read More